This time yesterday I went on a 5 hour drive down to London, were i visited 3 Mills studios. Once there I got a one on one tour by an animation friend who is working on Frankenweenie the new Stop Motion film by Tim Burton.

While i was there i got to see all the sets, puppets and workshops used for the film including some almost completed scenes from the film its self. As i signed a confidentiality form I’m not allowed and will not be going into anymore details about what i saw.
But I will say this was an amazing experience and one I will not be forgeting any time soon, and a massive thank you to Chuck Duke for giving me the tour.
Every Stop motion fan must keep an eye out for Frankenweenie its going to a fantastic film!! 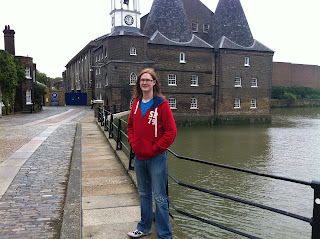 Me outside the studio
Posted by Daniel James Animations at Friday, August 12, 2011