Animating on Part 1 is now completed!!

It’s been a crazy last 2 weeks, I started it off by making the set for the van dashboard with the built in Sat nav. To make this set I  took the dash board out of the old car I used fort the full size van and melted it , cut it up, added parts and painted it to get final design. 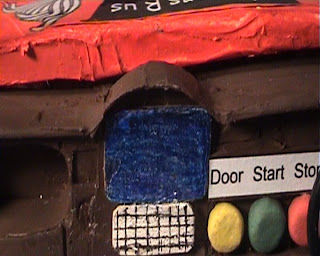 I spent the next 3 days animating and editing on that set and removing blue screens. I used the same over sized hand for Viv that I used for the shots when they are picking up the cleaning props.  To add in the sat navs screen I had to go on photo shop and repainted over the entire blue screen.  I did this so when I removed it would have a reel screen look to in and not as fill it had jus been painted over. 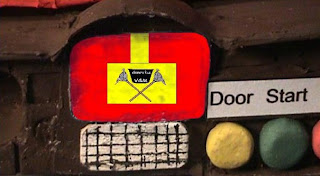 The scenes with the sat nav were the last shots I had left to animation form the footage IV all reedy animated. So now I finally get to animated new scenes that IV been really looking forwould to animating. Before I can go ahead and animated new scenes in the messy house, I had to remake the puppet for the Old Woman. I did the beause the puppet I used before I did not had a good full wire frame in it and I wanted to give it the same one as Viv & Mandy have. 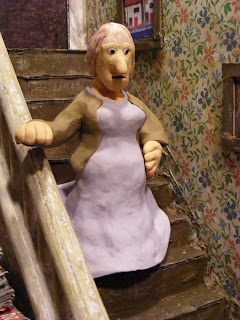 Now that the new puppet was completed it was time for me to animate the big reveal shot were you first see the Old Woman in full. I animated all the shot facing the Old Woman firs and spent 3days on them. I have grate fun when I get to animated with Old Woman from using the voice track I have been able to get some really good acting in to this character that I think u all will really enjoy watching. 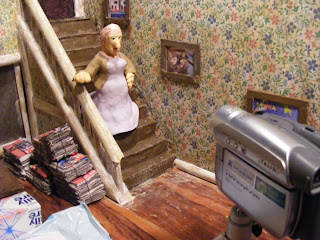 When all the shot face the old woman was completed I then did a very big wide shot were you will see the hole set. to get the shot I had to put two sets togever the hall way set and the front door on the street set , this mad it the biggest set I have used and it took up most of the work shop  not letting me have much room to get in and animate. 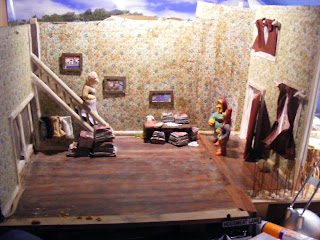 After the big wide shot was completed I then went on to do all the shots facing Viv & Mandy. This was the first big scene I got to animated with Viv & Mandy talking to each other for a long time, and had a really good time getting in some good acting in them, in a way I have not done before and I now think that this scene has some of the best acting and performances I have put in to them. 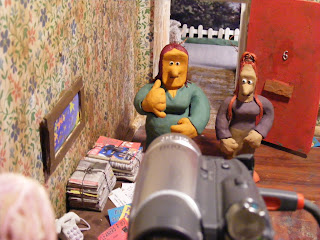 I then had to separate  the hall way set from the street set so I could get the camera in so I can animate the Old Woman walking other to the siding doors. I then when on to animate the close up on Viv & Mandy saying the finale line of Part 1 of the story. 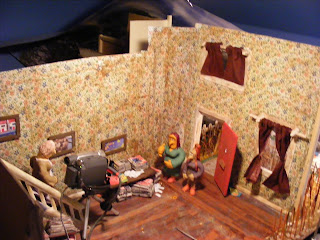 All the animating for Part 1 is now completed and all that left for me to do now it editing , sounds ,fx, music and add a title sequence  and end credits, the relsice date for that will be told soon so all keep ya eyes out for that 1!!!!.
Thank you for reading my blog and I hope u will enjoy ‘Viv & Mandy in the Big Clean up’ when it’s out.  See ya in 2 weeks
Daniel James
Posted by Daniel James Animations at Monday, August 16, 2010