Day 2:
Tooth and Claw
This was the third selection of animated screening and as you may be able to guess from the tile most of these animations were animal themed. This screening was an exciting one as this was the screening were former Graduates form my university including Tommy had there film The Money Tree shown, and it was a grate felling to see it on the big screen for them.  My highlights from this screening: The Money Tree, Rising Hope, L’Ere Bête, Ride Of Passage, Ernesto, and The Tortoise

Time Passages
Before this screening I meet up with Katie McQuin who is a community manager at Aardman. I know Katie from posting animations on the Wallace and Gromit site and twitter. I meet here for a little chat last year and it was grate to she hear again and have a good long chat, and she was very happy to get her very own Viv &  Mandy badge. Myself, Katie and Gareth head in to the next screening. This was the fourth set of animated shorts to play and themed about gods, death and the environment. My highlights from this screening were: Zing, A Life Well-Seasoned, Atlas, Seven Minutes in the Warsaw Ghetto and Bendito Machine IV

Setting the scene: Layout workshop
The workshop was held by Fraser Maclean the author of the book setting the Scene, this was an interesting talk were he spoke about his personal jobs within animation, his first job was doing some of the shadow FX work on Who Framed Roger Rabbit. He then went on to talk about the past 100 years of animation layout in a brief history, showing clips for different films and shorts as examples. The full history of layout is in his book that you can check out here! Id highly recommend it for all animators but more so if you are a 3D and 2D animator/ director. As staging can make or break a scene. Also Fraser is a very nice, friendly and easy to talk to chap. 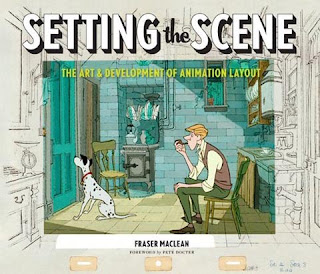 Before this workshop started I spotted that I was sat next Mr Ben Mitchell who is the co-hosts of the brilliant Skwigly Animation pod cast check out there site here! And you can download the pod cast here! or on ITunes. I had been chatting to Ben on and off over the last year over twitter, so It was nice to introduce myself and put a face to the voce and tweets.

Over in the Art gallery close to the festival they had the pirate ship used in The Pirates! Film on display in the lobby, and boy this ship was massive!! The details on the ship were stunning the mast, sales and rigging alone was over 2 stories high. This made it hard to fit into a single photo but hear it is in all its glory 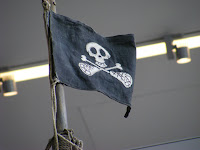 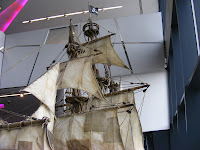 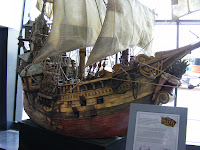 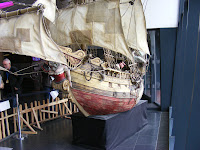 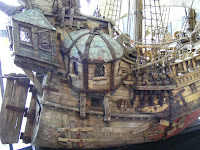 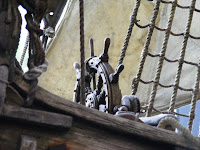 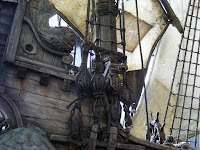 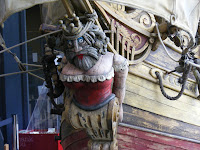 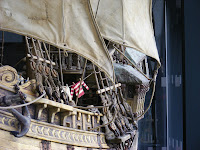 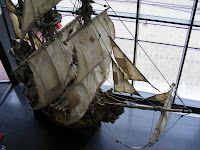 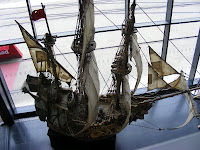 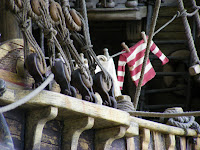 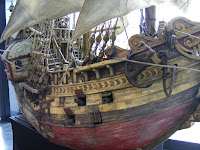 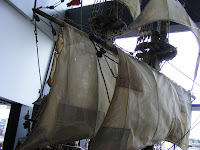 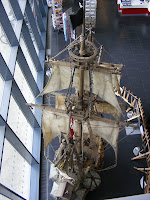 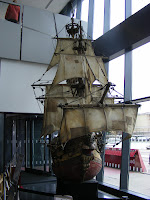 Directors UK: Sam Fell
This event was a big one for stop motion Animators, and because of this it meant that most of the online stop motion twitter community were all coming down for it (you know who you all are). We all met up before hand in the watershed bar. I got to chat up with sum of gang that I have met before and some who I was meeting for the first time, a big one for me to meet was stop motion animator Tim Alan who has worked on Corpse Bride Mr Fox and the up-coming Frankenweenie, if you don’t know who he is then check out this sitehere! He has done some brilliant work over the years! 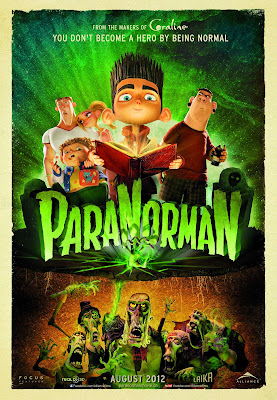 Once we all had a little catch up we all made are way over to the screening of Paranorman (if you have not seen it yet I say you must run and go see it now!!) this will be followed by an interview and Q&A with the films co-director Sam Fell. Even though I had seen the film before the atmosphere of seeing an animated film in a room full of animators and animation lovers was something I have never experienced before and what a buzz it gives you, fingers crossed this will be the first of many like this. Once the film had finished and every one had picked their jaws up off the floor and stopped clapping out came Sam. 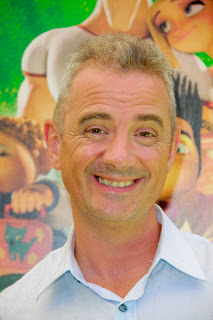 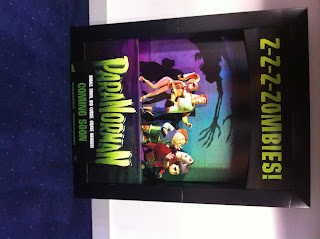 This chat gave a grate inside into what went into making the film. He spoke about the character design, the 3D printing, casting the film, picking the actors, walking the thin line of not making it too scary for kids and the big question on all animator’s lips how did you feel when you heard that Frankenweenie was coming out this year as well. Once the chat was over I got to briefly meet Sam, were I got introduce myself, have a short chat and I gave him my card. He very kindly did me and Gareth a quick singed drawing of Norman etch that I will be getting frame at some point very soon. 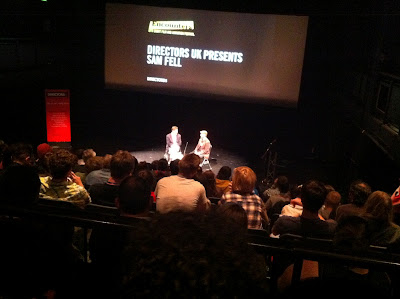 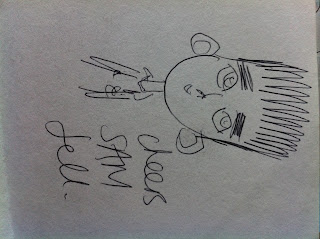 After the chat with Sam a big bunch of use all went to that after screening drinks/ get-together on a boat / pub. This was a great chance to meet more people and have a good chat with some animators and directors in a very chilled and relaxed manner. thanks to my idea of tweeting a photo of the badges I was wearing I got spotted and had a very nice chat with managing director of Slurpy studios Aaron Wood check them out here!  Later on in the night myself and Gareth got to have a drink from and more brilliant chit-chat with Tim Alan as well. After the boat party we all made are way to a different pub and carried on with the friendly animation and all things nerdy conversation, before calling it a night. 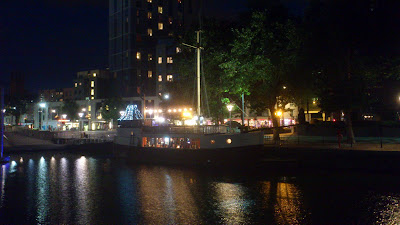