Hello everyone it’s been a long delay sins my last post and I think now will be a good time tell you all what I have been up to at university sins getting back from Christmas.

I am now in my second semester and in this semester we get to start on puppet design, making and sculpting. We were given two topics for puppet design and one idea made up of random words to design for sculpting.
The first of the two topics we were given for the puppets was Steam Punk this one will be made out of wire, fabric and super sculpey. The second puppet was a mythical creature which will be made out of foam- Rubber with a full working armature inside it.
Mythical creature puppet:
As I liked the sound of the mythical creature’s puppet and that this will be my first time using foam- Rubber, I started on that one first. To start off with we were given a booklet from my tutor full of mythical creature designs , we had to choose one we liked that we would redesigning in our own style.
I picked this one called The Ghoul.

Using the design in the booklet I redrew it in my own style while changing different aspects of the design so it will work when it’s turned in to a 3D clay sculpture. 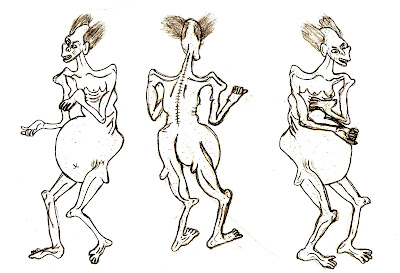 To see if the design would work well and would look clear in clay I did a small sculpt of the head on its own to show my tutor so I knew I was doing it right.

Using the last design and test head model I then did the final design drawing that had to show all of the design off. Showing it from the front side and back clearly and to size as this is the design I will be using to sculpting from.

Once I got the thumbs up on the final design I started working on the full head to foot final sculpt. This will be the one that I will use to cast the mould from, that I will be used to place the armature in then to inject the foam then cook till it’s completed. It took me around three weeks to complete this sculpt from starting off with the wire supports to the final models that has now been casts in plasterer to make the mould. 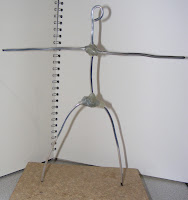 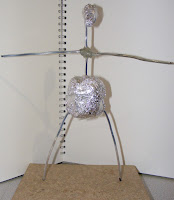 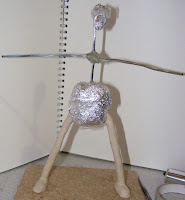 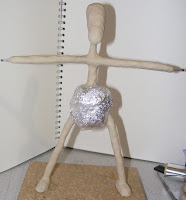 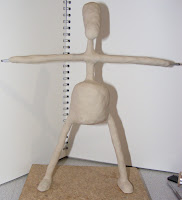 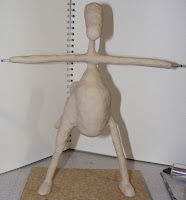 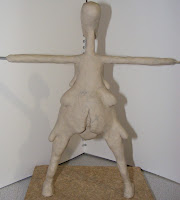 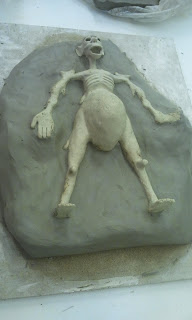 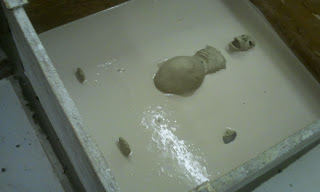 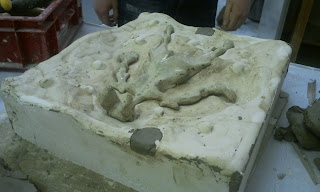 This is where I am up to now with this project, the next step is to take the clay sculpture out of the mould and start on the armature. I will keep you all up to date with how this goes over the upcoming blog post so keep an eye out 4 them!

Steam Punk Puppet:
With the Steam Punk puppet been the simpler one to make out of the two puppets i was asked to do I’ve only got e as far as doing this final design of it and. 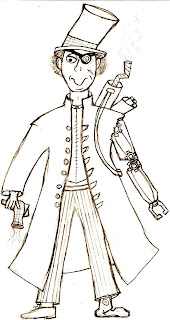 Now that I’m not focusing all that much on the foam puppet I can really start working on this Steam Punk puppet now and I will be showing off more of the making of the puppet in my upcoming posts.
Sculpting:
For the first sculpting tack at the start of the New Year we were given a character description made up of random words that we had to go off research, design and sculpt. I was given the character of a transsexual high court judge to design, after lots of thinking and some different designs I ended up going up with this as the final design. 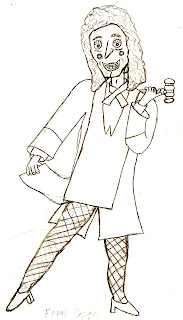 Once I got the go ahead on the design from my tutor I started sculpting it. Using a wire frame glued into a wooden bass to keep the clay sculpture upright and steady so it won’t fall over and be ruined. 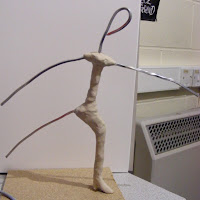 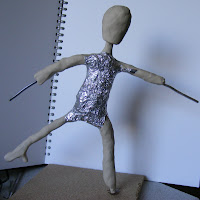 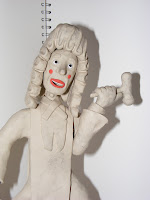 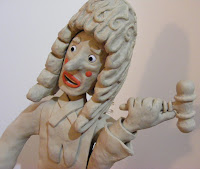 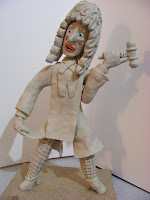 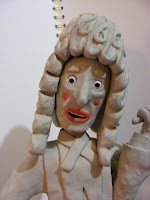 And this is the final 3D sculpture of my transsexual high court judge design.
Replacement Animation:
Three weeks ago we got given the task of doing some rely basic replacement animations. Using two different sets of walk cycles images done by the motion photographer Eadward Muybridge. one of the cycles been of a human and one been of an animal. We were asked to put the two cycle together stick them on to card and do some quick replacement animation with them round the house or outside. To animate them I just used a tripod and digital camera, here is the one I did last Sunday using the body of a man doing a flip with head of a duck.
Right that’s me all up to date with what I’ve been up to at university, I hope you have enjoyed looking over the images and reading what I’ve been doing. I will be putting more news on how the production of Viv & Mandy part 2 i going in my next post so keep an eye out for that one very soon.
Posted by Daniel James Animations at Saturday, March 05, 2011