This is the largest set I have made as to date, the set is not yet completed as it taken such a long time to do but will be bye the middle of next week.

Here are some images shows how I have made this set.

I got the wood and marked out were all the parts of set will go and were the holes that are need to fix the puppets to the set will go. 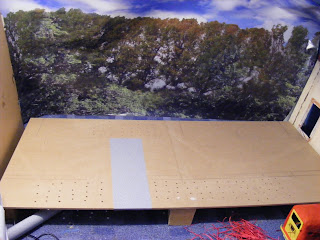 From there I went on to add the long over grown grass that would be outside one on the house. To do this I had to sit there and glue in the grass blade by blade I don’t know how many are there but as u can see from the image there a lot. 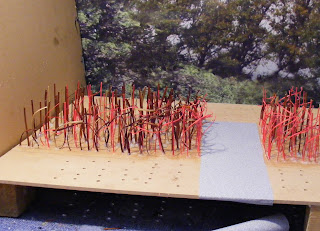 From that a started making the two houses for the street, one will have a big role in film and has to have a working door and be decorated on the inside, the other one is there for close ups and wide shots so not as much detail on the door and the inside is needed. 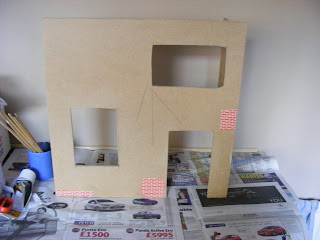 I used the same wood as I did for the street, marked out and cut out the wood into the shape of the houses. As you can see one house has the full outer house cut and the second one only has the first floor cut out.
I then glued on the sides and painted the houses. 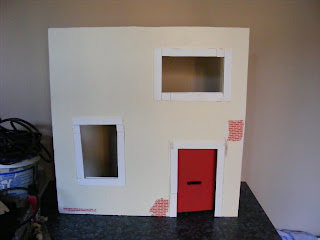 To make the door so it fully works I nailed in a small set of hinges to the door its self and nailed in the he other side into the door frame on the inside of the house so it would work as a reel door. 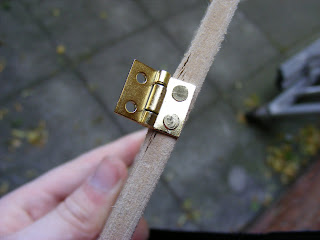 I then painted the doors on the houses, the second house dose not need to open so its only wood gulled the house. In cut and panted strips of wood and uses them for the window and door frames on the houses inside and out.

For the house that will be used a lot in the story I decorated hen inside of it with wall paper and skirting boards, there will be more details added when the set I glued to the street set. 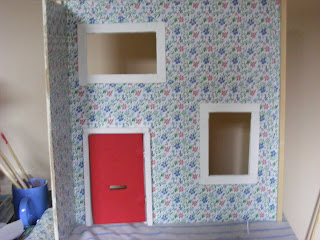 With houses now completed it was time to glue them to the street set and do all the final touches with paint and set design. To the insides of the hoses and the street it’s self. These are not completed and will be finessed off next and I will begin animation on this very large set. 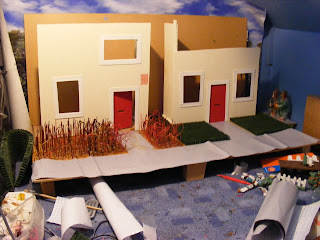 So come back in 2 weeks time when I will do a new post and see were I am in the production of the new Viv & Mandy.
Posted by Daniel James Animations at Sunday, July 04, 2010