As you may have seen there is a brilliant new stop motion ad now showing for the first John Lewis Insurance, if you have not seen it cheek it out here!
I was lucky enough to be contacted by by a member of 360i asking to be a part of the new campaign called ‘What Matters Most’. This has been launched alongside the new ad were viewers can create a 6 second vine showing what matters most to them. You then post your vine with Twitter using the #tag #whatmattersmost and you have the chance of winning £1000 in John Lewis vouchers and more! 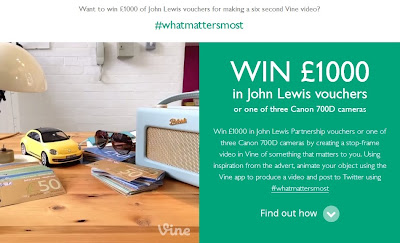 My job was to create my own 6 second Vine that they could use as a part of their example pages for people interested in creating their own vines could see. This was my second time animating with the Vine app and I found it an interesting experience. 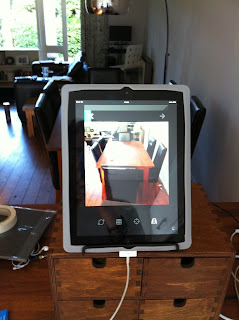 As an animator I found being limited to not watching your animation till you have fully finished your 6 second clip gave me a whole new respect for the legendary animators who did these amazing shots without the tool of Instant playback. I believe using this app will be a great way to teach new starting animators a great sense of timing. I plan on trying a list of basic animation tasks on the vine myself to see how it goes.


Here is my finished vine and if you fancy creating your own vine for John Lewis check out the site here. http://whatmatters.johnlewis-insurance.com/competition/
Posted by Daniel James Animations at Wednesday, August 28, 2013