Making of The Piper Teaser Trailer

I know its a later then i pland but here is the making of The Piper Teaser Trailer. way back in summer I got the idea of doing a retelling of the pied piper, with my twist. As soon as I got that Idea I started sketching quick designs for the piper and the playground itself. As I was not doing a straight retelling I wanted to have hints to the original story buy having rocking horses that look like rats in the park. 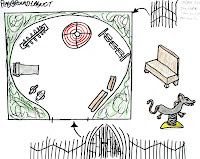 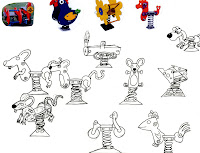 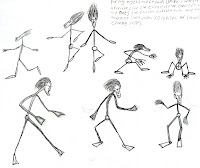 I had a very lose idea for how I wanted the piper to look , so I did several pages of just random face designs. To help me come up with different ideas I looked into as many of the different retellings of the original story as I could find. 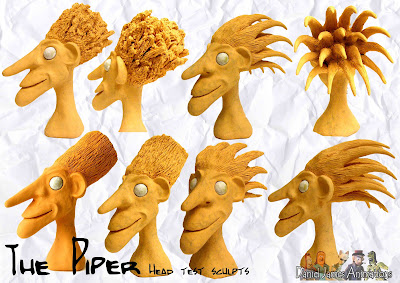 After doing the quick concept sketches I wanted to see if the design I liked would work well in 3D. As I was sculpting I felt that the design of the hair did not look right as a 3D sculpt . I tried out a number of different hair styles till I got a look that I liked 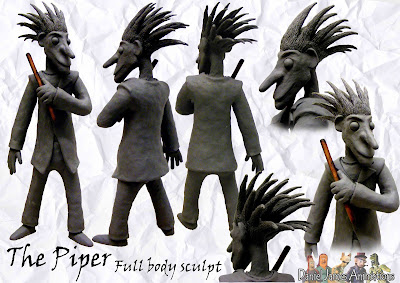 After plenty of research and feedback I sculpted The final Ppiper

Happy with the sculpt I removed the head and got it ready to cast up to make the silicon mould from it. To make it castelbel I had to remove the hair and make holes in the head to show where they will go. Once the silicone mould was made and the clay head was taken out I got to cast the head up by using a two part fast cast resin.

As this was a teaser trialer i wanted to keep the look of the piper a secret till the final film. So i strated off by making an all black test head that I will use for the trailer. To make his hair I made foam cone shapes that I glued around some wire and placed into the pre made dents in the head. Then the long process started were I had to glue each hair on to the foam to give the look and texture of hair that I wanted.

The next step for me was to make the ball and socket armature that the piper will have, so he can do the graceful movements required in the final film. this was kindly supplied by Animation Toolkit to check out all the awesome goods on the site click here!!

Once the armature was made I then glued the foam over it. When dry I cut the foam down into the required body shape. to make the pipers outfit i got a pattern from a producer mate that im not aloud to say the name of just yet . With some slight adjustments to the shape it fit the piper grate.

The Piper on set 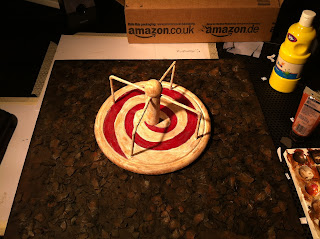 The making of the roundabout, its amazing what several coats of paint on a old chopping board with a cardboard tube and some drinking straws glued on to it can do.

These images show the making of the: park gates, rocking rats and the swings. The Ground on the swings set was done the same way as the main park set, using chunks of ripped up cardboard glued to a wooden board then painted over with several cotes. 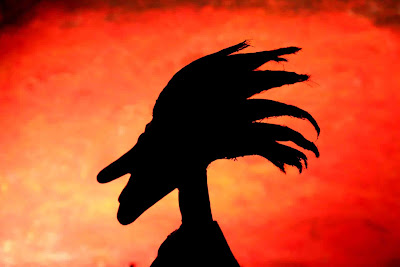 I am right now in the middle of the full productionon on the final Piper film. Now that the trialer has been out for 2 mouths i have been amazed by the grate feedback i have got back from it. I would like to take this chances to say a big thankyou to all who has seen and comented on the video it meens a lot!
The Piper Teaser Trailer 2012 from Daniel James on Vimeo.
Posted by Daniel James Animations at Sunday, February 10, 2013