As part of my university set building brief I found out that the whole class will be working as one big group as we are remaking an out of copyright 2D cartoon the cobweb hotel as a Stop Motion animation. The first thing we did was to get given small separate task to do, 3 people of given the character sculpts  to design, 3 more people were given the 2 main sets to make, and the rest including myself were given the main props to make as very basic first draft models.

The point of doing this was so we could all come back and see what size and scale would look best for the animation.  When we got back and got to see the clay sculpts of the characters we decided that the size of the female fly would be the right scale to go with. 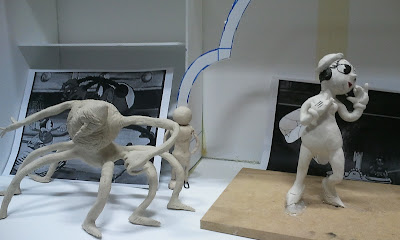 As the task I was given was to make the perfume bottle prop, we decided that all the people who were given the prop tasks would now focus on getting the main set finished and help by cutting out the wood grain effect in the foam board. This wood effect will go over the main body of the set that is an old wooden desk top set.  We spent around three weeks cutting out the wood effect. 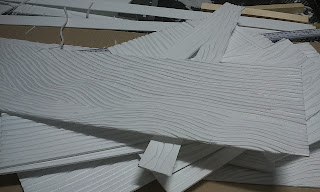 As well as the desk top being the main set there is a smaller room set that was being made by one of my class mates Joel. When i was not helping out with cutting the foam wood grain i was helping out Joel with his set. I cut out the wooden support frame that the set was glued to so it won’t warp as much. I also helped out with the first cotes of paint, we gave them a basic cote of black followed by 3 layers of a dark brown. Once it had dried we spotted there was still parts of the foam board showing up, to get rid of these we watered down some brown paint so it was very thin and covered all 4 walls in it. This got rid of all the parts of the foam board showing and once it had dried Joel made the final touches of dry brushing some highlights onto the walls. 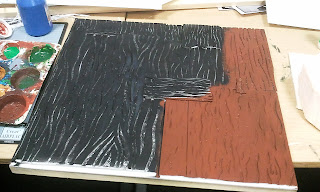 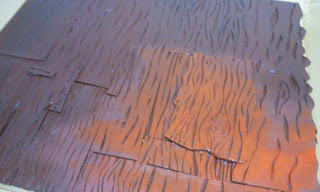 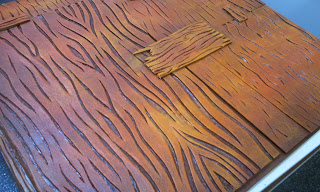 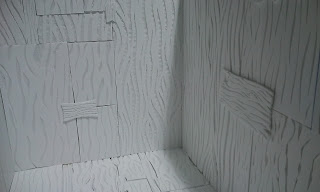 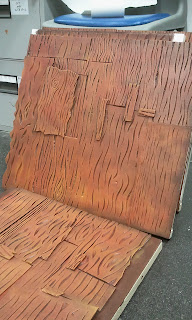 With the smaller set completed I started to help out more on the large desk top set. By the time i came to help the wood had being placed on the set and i helped on giving the set that first layer of brown paint in the same way as I did with the smaller set. 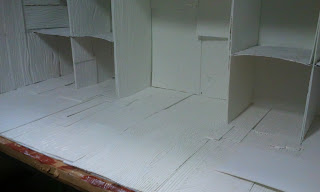 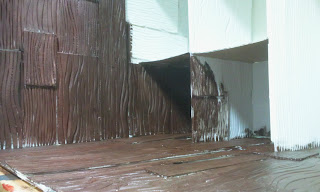 To tell the truth this project has sadly got very under looked by most of the class as we have all being very busy working on other projects, as for me i got very over involve and spent too much of my time working on the puppets for the conflict of self project when i could of being working more on this project. This has being a big learning curve on how to time and plan a project,  knowing this i will be spending a lot more time on this project in the new year when it comes to making the puppets and animating on it.
Posted by Daniel James Animations at Friday, December 16, 2011

this is fantastic, very jealous of this project you guys have got going. I did like our 'robots' model making but this looks so much more fun as a group project. Looking great!