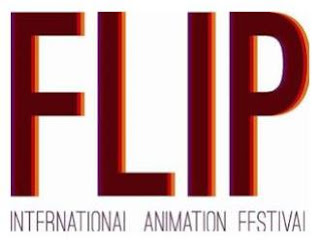 The second day of flip was a lot more relaxing for me as i was not all stressed over having to go up on stage. There was lots going on this day, starting off with a screening of shorts, a behind the scenes on model making chat and Q&A with Jim Parkyn from Aardman animations, the amazing Brian Cosgrove and Mark Hall the founders of Cosgrove Hall gave a chat on their time in the animation industry and the Brothers McLeod screened their new very funny 2D half hour animated comedy Isle of Spagg.

As well as going to all the screening and presentations it was great to finally meet some of my online contacts and have a chat face to face:  Ben Whitehouse who i ended up spending most of the day with, Gareth Hirst who has got some great stop motion work on his blog and Ravi Maheru whose short 3D film Caged won an award at the Flip Festival so a big congratulations goes out to you Ravi.
They had some amazing sculptures on display from Mackinnon & Saunders of RaaRaa the noisy lion with his friends and Nine and Lottie from Frankenstein's Cat. Looking at these sculpts I found it amazing to think they are just plasticine painted over, with acrylic eyes pushed in, they looked so smooth and solid. 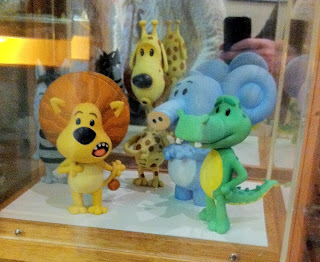 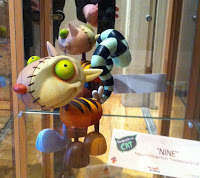 The talk that Brian Cosgrove, Mark Hall (the founders of Cosgrovehall) and Marc Silk gave was fantastic. They spoke about all the big programs they are known for: Dangermouse, Wind in the Willows, Count Duckula and Chorlton & The Wheelies. They also showed some rear behind the scenes clips from them. Everyone in the audience got a photocopy of an original storyboard from Count Duckula, I got mine signed by Cosgrovehall at the end of the talk. 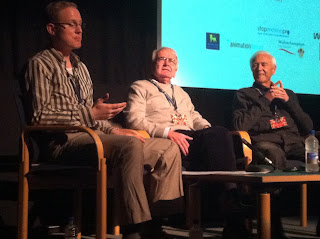 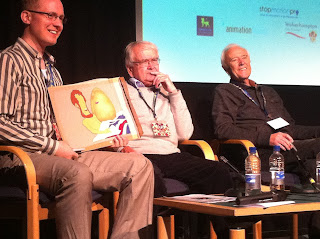 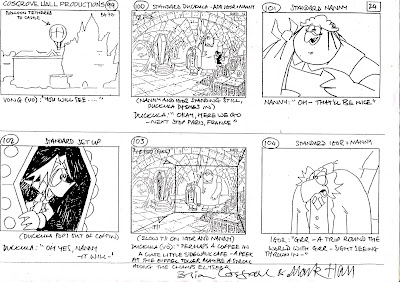 I had a fantastic to days at Flip I met some grate people and all I can say is bring on next year!
Posted by Daniel James Animations at Saturday, November 05, 2011

amazing stuff Dan, sounds great hanging out with all these names :)

hey Tom thanks i had a mad but great time:D i hope i get to see more of you at these festivals its being to long!! :)